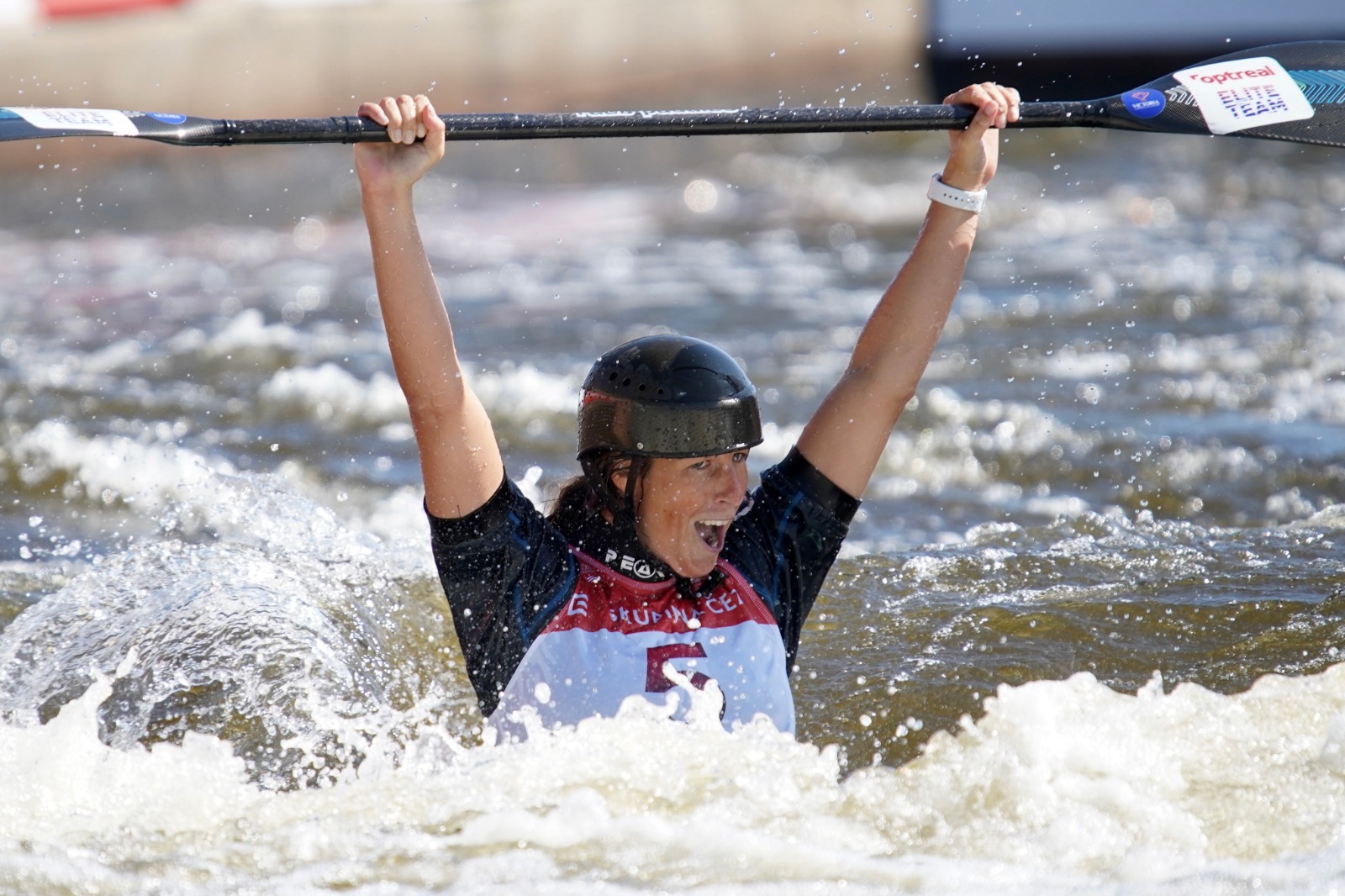 Veronika Vojtová started the final very well, she had a good run and a difficult combination of gates 5 to 9, then she struggled a bit at gates 11 and 12, but she definitely corrected her taste from the semifinals and set the starting time 116.61 s. Doria Vilarrubla from Andorra complicated the ride on gate 17, for which she packed fifty. The Dutch Teunissen also showed a not very controlled movement in the gates. The Czech Republic was not endangered even by the Ukrainian Us, who knows the track in Prague very well. However, it remained hanging in the cylinder the before the gate 23 and lost valuable seconds. 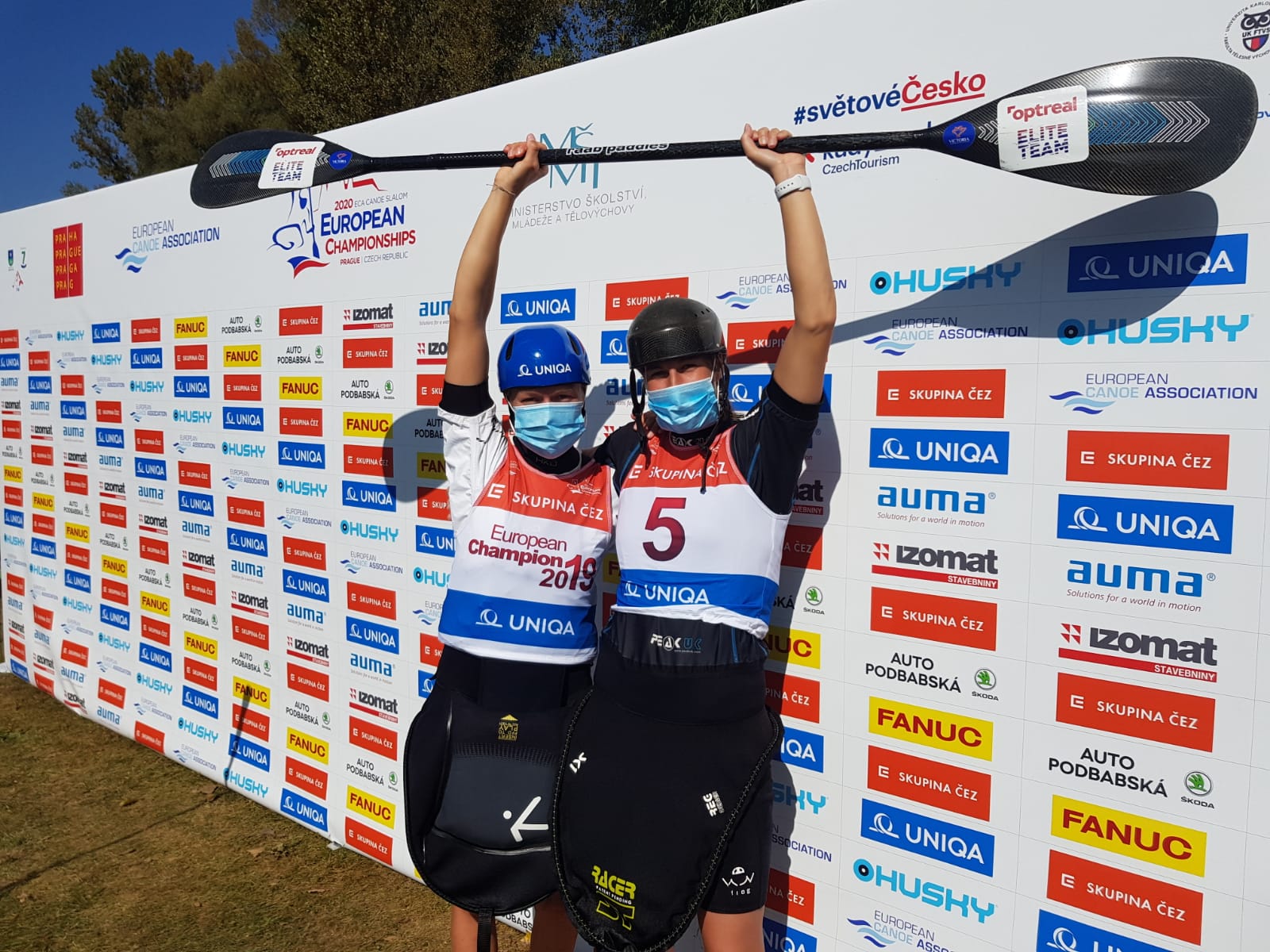 Corinna Kunhle unhappily touched the first gate and did not make the difficult combination of goals 5 and 6. Despite the mistakes, she drove fast and showed that she was a power racer. However, this was not enough for the podium finish.

Antonie Galušková, the home team, premiered at the big event in the senior national team. On the other hand, she gets a shot next to the combination of gates 5 and 6. In gate 18, however, she got the fifty seconds penalization, and finished the rest of the race. Immediately after her, another Czech, Amálie Hilgertová, drove in the first half, but immediately after that she lost her speed a bit at gates 10 and 11. Afterwards, she got a lead again, but was followed by a touch at the gate 20, but at that moment she set the fastest time of 115.43 s.

Slovenian Eva Terčelj had a very high-flying ship at the beginning, but her speed was huge and she increased her lead with every meter. However, she did not manage the close distance match with Hilgertová due to the touch on gate 20, and it was clear that Hilgert had a certain medal. Only

Kateřina Kudějová, the last competitor at the start, could decide the medal game. She managed every wave and found a perfect course. She had a lead of over 2.5 seconds in the first half, and almost 4 seconds in the second. She kept the lead and clean run until the end and deservedly became the European champion. The silver was kept by the Frenchwoman Camille Prigent, the bronze goes to Amálie Hilgertová. 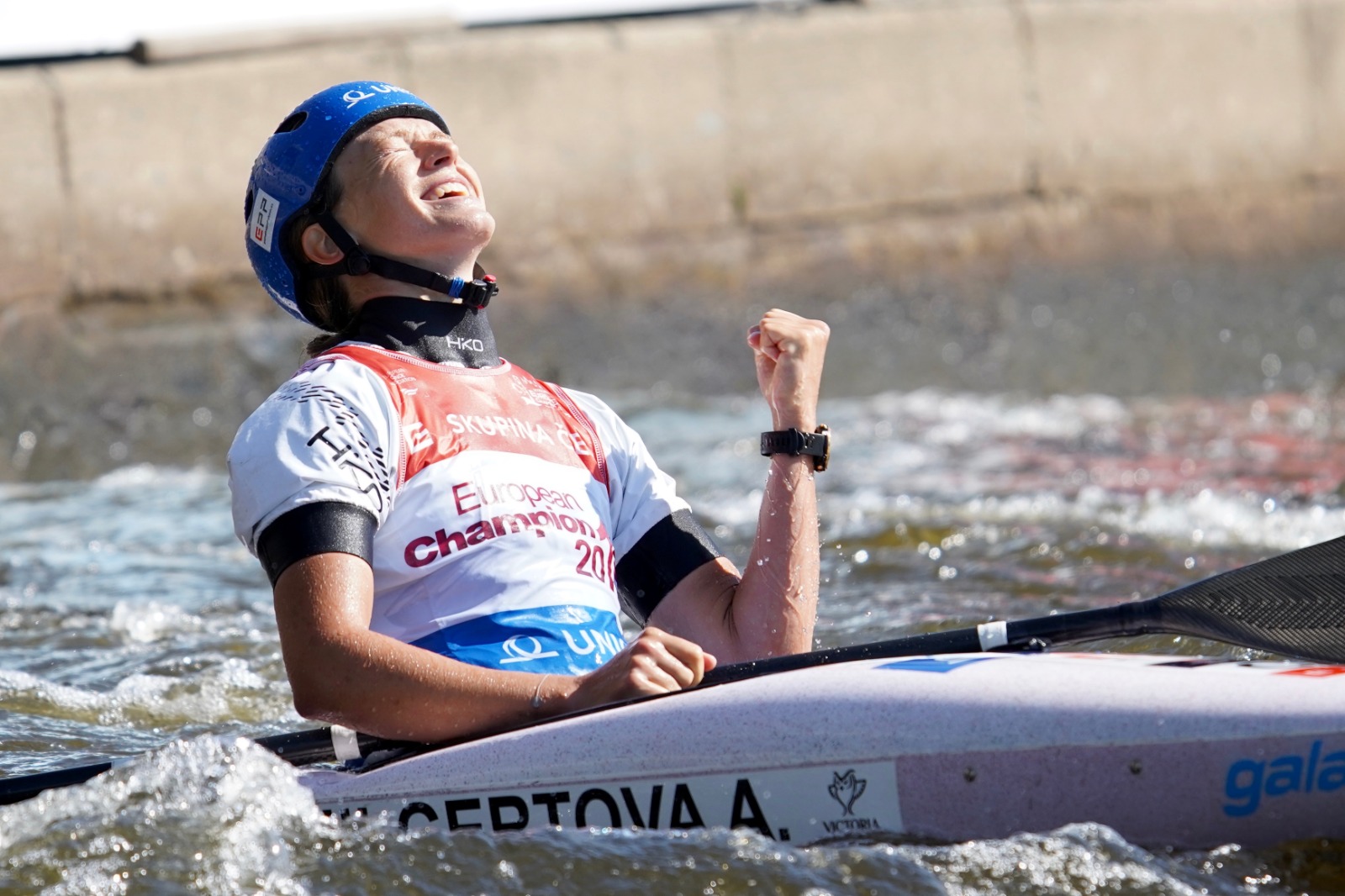 "It's great, I already have the world champion title and now I have added the European one - of course, I would be grateful for any medal, but being a European champion is the best. I hoped for Verča and Amálka to be on the podium too. But even so, the two medals are great. As I said before, the track was difficult, but we knew some parts of the course from before, so it wasn't that hard. In the end, I didn't have many problems,” said champion Kudějová.

" I am really happy and my race didn’t start well, because I touched gate 1 but I am so happy that I managed to stay focus and get a good run together in the end and finished second. I considered this championship more like a preparation for the nomination race but I still wanted to do well. I knew that I could paddle good here, I love this course and I really wanted to get into the finals – and now I reached my goal," said a happy silver Prigent of France.