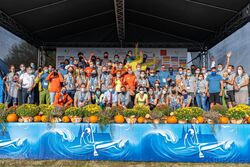 Just a couple of months ago, when it was finally decided that the 2020 ECA European Canoe Slalom Championships goes to Prague, nobody had a clear vision and prediction how it was going to be organised in such difficult times. But also in these days, the organising committee in cooperation with volunteers and with huge support from all international fans managed the event well. For all these reasons, we would like to thank to all participants, sportsmen, organisers and first of all, the volunteers and the fans of this beautiful sport. 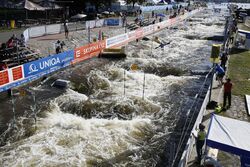 The last races of the 2020 ECA European Canoe Slalom Championships in Prague were the team competitions of women kayakers and men canoeists. Czech kayakers Kateřina Kudějová, Veronika Vojtová, Antonie Galušková won the European title. A great drama was offered in the race of canoeists. At first, it looked like the triumph of the Czech crew. After the arrival of the Slovenes, who were faster, the Czechs fell to the silver medal, but later an additional 50-second penalty was lit for the Slovenes. It disappeared again after a few minutes and, on the contrary, reappeared with the Czechs for badly passing of the gate 6. In the final ranking, the Czechs have an unpopular fourth place; the European champions are the team of Slovenia. 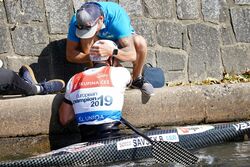 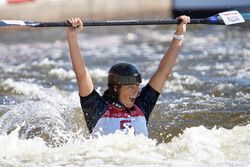