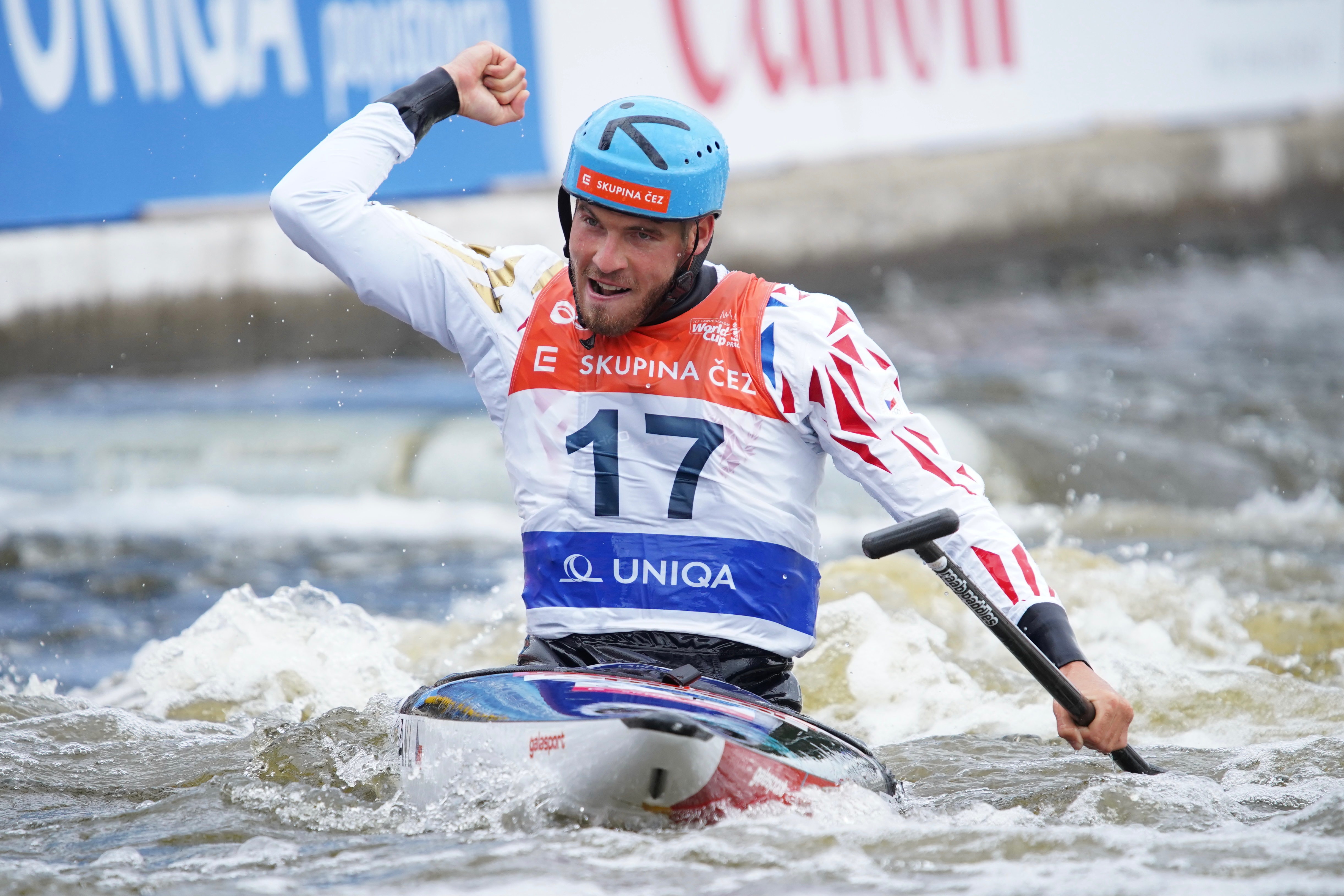 British competitor David Florence was the first to set out on the track and don it very well. He drove 97.44 s as the second fastest time of today and set the bar very high for the rest of the starting field. The Swiss Thomas Koechlin did not threaten him with two mistakes.
Lukáš Rohan badly got two seconds right at the first gate, but as if this unnecessary mistake kicked him, the rest of the track he drove in an excellent way and went in front of the Briton. One mistake was also made by Slovaks Matej Beňuš and Marko Mirgorodsky, who lined up at the finish line. 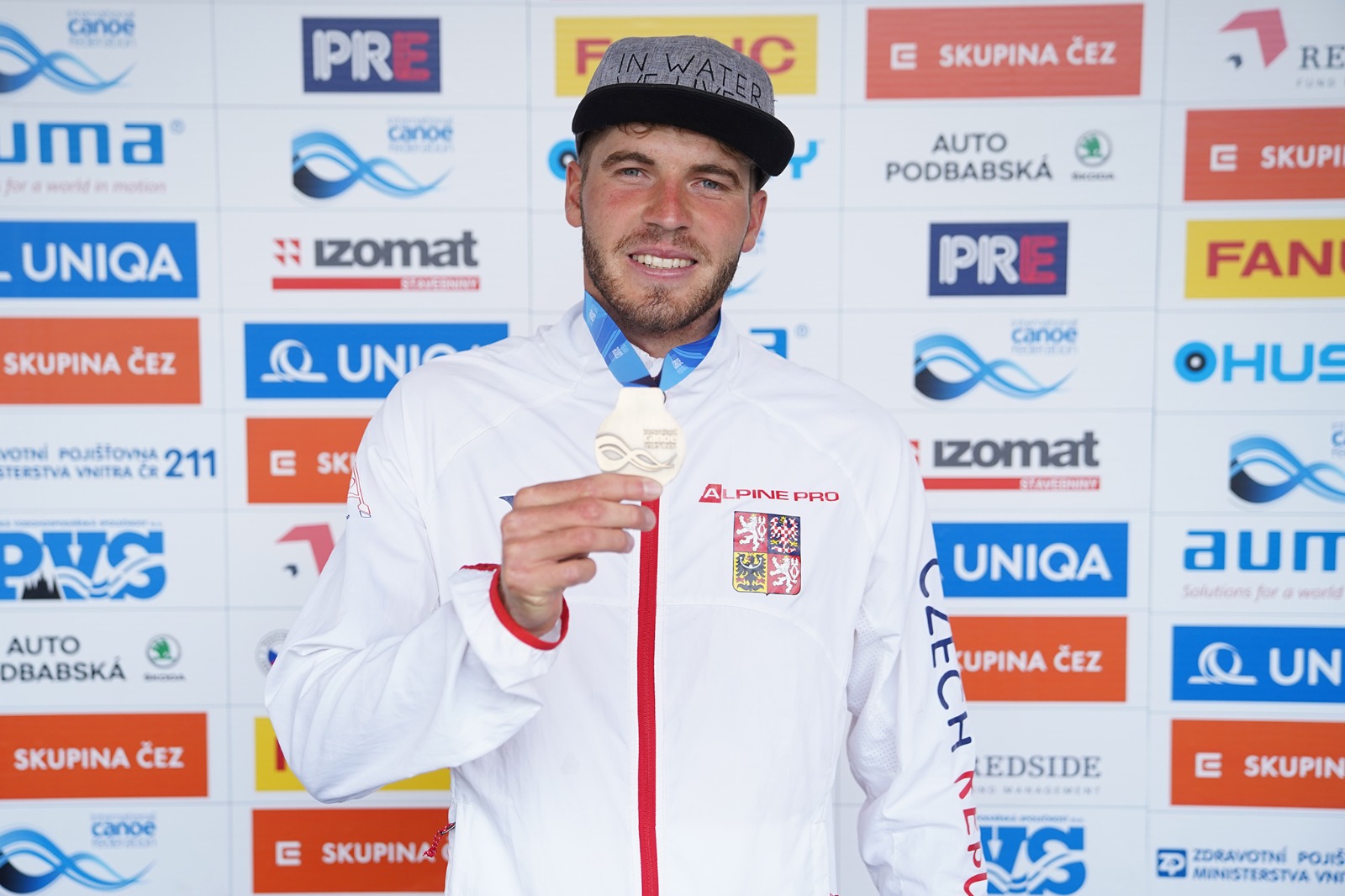 Benjamin Savšek went famously and it looked like he would go to the front, but the touch on the penultimate gate pushed him off the front rungs. The Czech from the first position was not deposed even by the pure Croatian Matija Marinič, who was visibly running out of energy at the end. After reaching the finish, however, he was eventually disqualified. Adam Burgess of Great Britain also had hopes for a leading position, but after reviewing his ride, he received an additional 50-second penalty for a poor pass through the sixth gate. American Zachary Lokken lost his good position with two touches. Pole

Kacper Sztuba was still leading in the first half, but after two mistakes he ended up sixth. The winner in the canoeing competition was the local Lukáš Rohan, the second is David Florence from Great Britain and the bronze is taken by the Slovenian Benjamin Savšek.

„When I touched the first gate, I thought myself that I am really a fool. Fortunately, there wasn't much time to think and I was pushing forward. I think it actually helped me that it fell out of me. Not that it couldn't be worse, but when you start with a touch at the first gate, it's really bad and I just pushed more than I had planned. It all worked out for me, I honestly don't know how and thanks to that it was this incredible time. I don't really remember the final very much; I rode in great euphoria and at the same time in a slight anger from the touch. And as it turned out, it was easier for me. When I first saw the course, I thought it would be very difficult. Yesterday it was affected by the fact that some gates were very low, for yesterday's categories it was harder. They lifted them a bit today, and thanks to that, most of the heavy combinations could be driven more tightly, and thus one made it easier for you. A pure time of 95 seconds is a fantasy, it's 5 seconds behind Jirka Prskavec, I didn't succeed many times. This is clearly my biggest career success. In addition, winning with a touch is a bit unusual in our sport and it definitely shows that the ride is really something special. It is unbelievable to beat David and Benjamin and stand with them," Lukáš Rohan was excited about the fantastic performance.

David Florence: „To be honest, I had really good seminifal, but I had a touch and I thought it would be so much, so I was so happy to be in the final. I had really good run, so happy to be on the podium. And If I had to loose to someone, I am happy to loose to Lukáš here in Prague. It´s great to be on a podium.“
Benjamin Savšek: „I am satisfied with my results, third place is nice. The run wasn´t so good. I did some mistakes in the bottom and I lost some time there. So I have to something more in next races to improve my final runs. I hope to keep improving in this.“