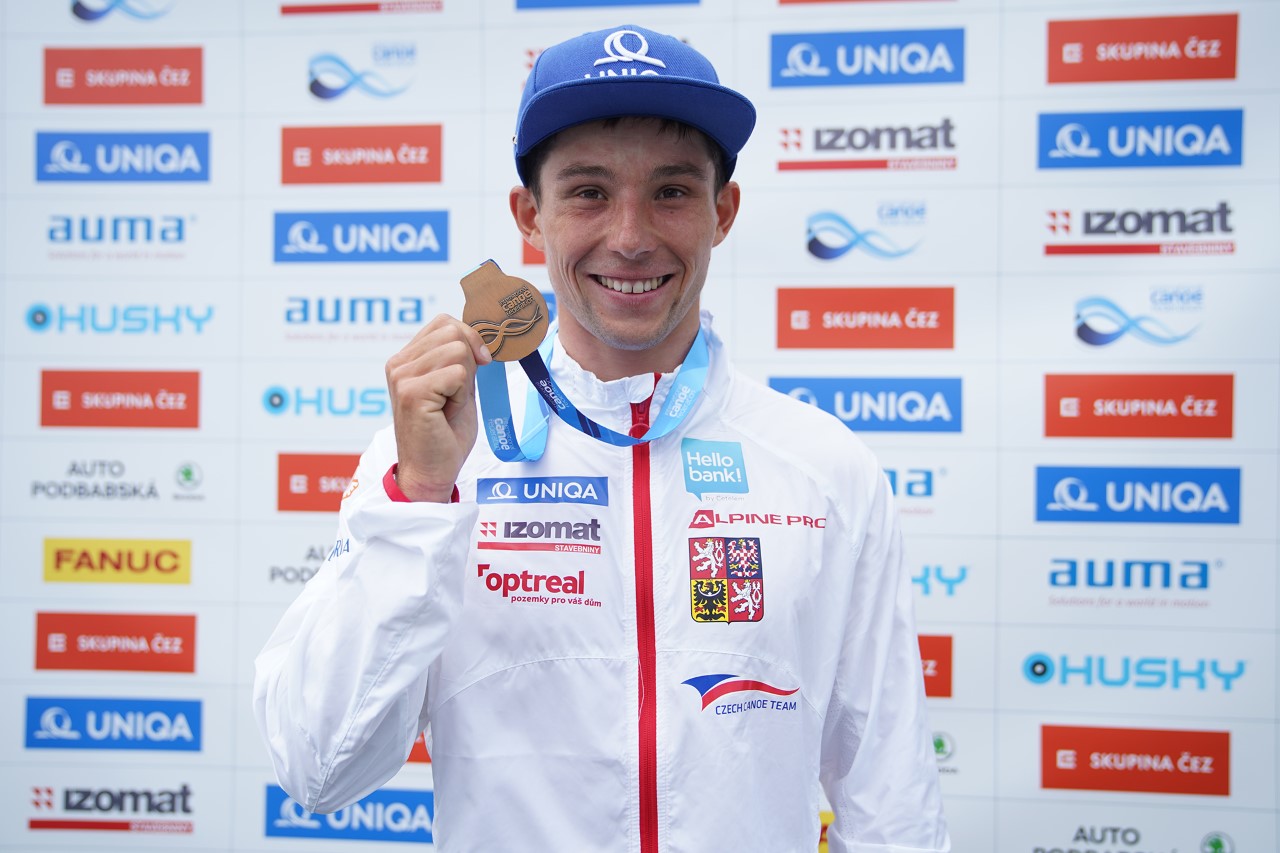 Thanks to the triple Czech participation, the final of the men´s kayak competition was the right culmination of Saturday's individual competitions in Prague's Troja. The kayak competition was won by Jiří Prskavec, the silver goes to the Italian Giovanni De Gennaro and the bronze is surprisingly taken by Mathieu Biazizzo from France.

The final was not badly by the American Michal Smolen, who set the time of 93.62 for the others of with a clean run. Vavřinec Hradilek fell like a wind among the gates. He took a lot of risks, as is his habit, and unfortunately he did not avoid mistakes on gates 9 and 19. In addition, he missed number 13 and returning took a lot of energy and time.

The two-time world champion, the Slovenian Peter Kauzer, also tried to control the gates, but he did not avoid mistakes either, and this time he had to leave the highest places to others. The Spaniard David Llorente did not do badly either, but the touch on gate 13 did not let him be among the best. Joseph Clark from Great Britain, on the other hand, took the lead. He slid well between the gates and increased his lead at the time. In the finish, he pulled the lead time to 92.54 s. The excellent run was demonstrated by the Frenchman Mathieu Biazizzo, who went flawlessly and immediately knocked Brit down from the first place.

The Italian De Gennaro went absolutely well. Clean run, maximally shortened passages and it was a new leading place. The second Czech at the start, Vít Přindiš, lost slightly at the split times, but with each shot he withdrew the loss. An unfortunate touch on gate 19 and a two-second penalty pushed him on the final seventh position. 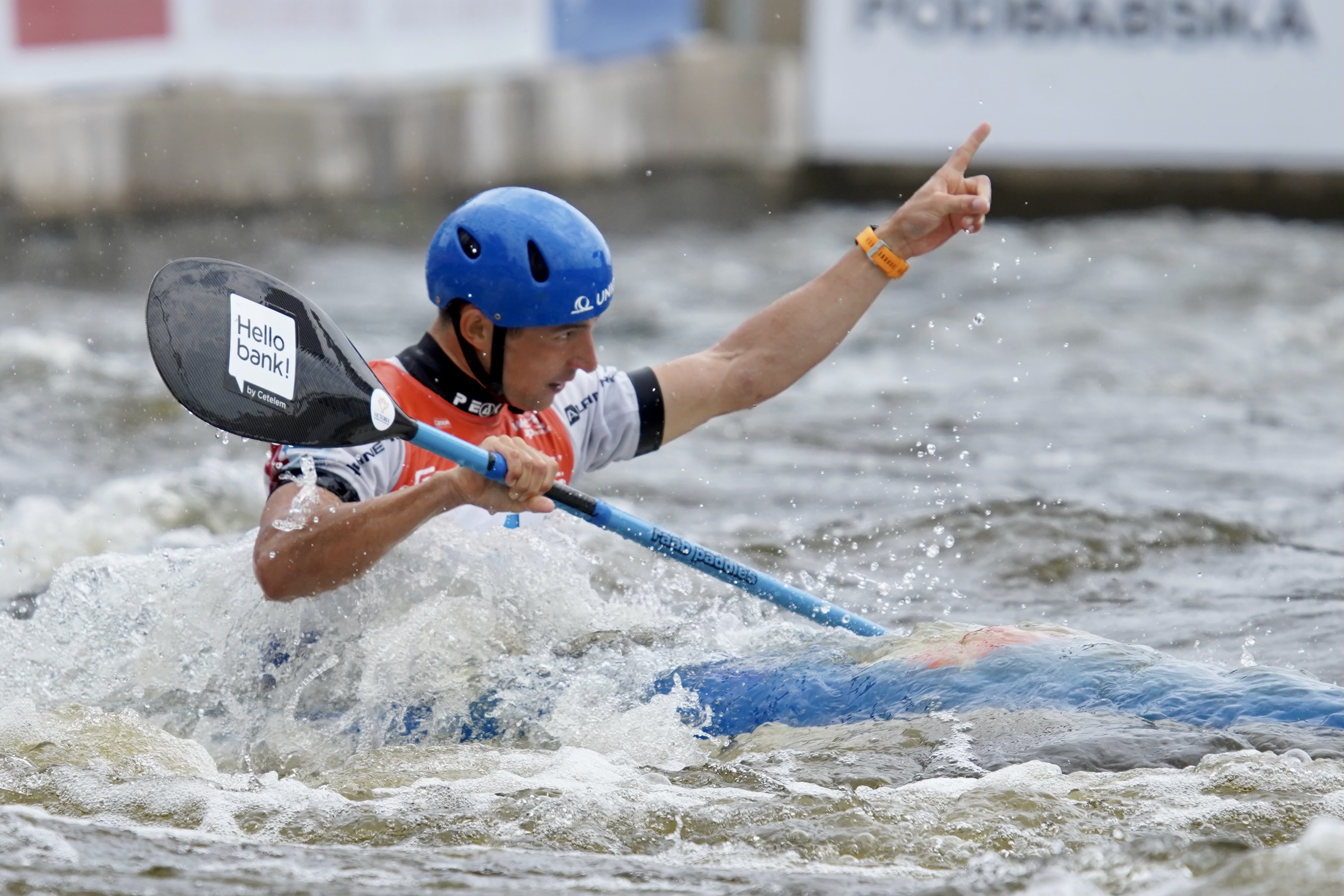 Only the last competitor and the third Czech - Jiří Prskavec - remained at the start. And he kept the lead until the finish. Jiří Prskavec finished for gold in 90.42 s, silver is taken by Italian De Gennaro and bronze by Frenchman Biazizzo.
De Gennaro: “I was waiting for it. I was always fast on this course, but I never put down for final run. It was really amazing to take control and attack in the last part of the course. I am really happy and blessed competing here again and thanks to everyone for making that happen,“ he said.

"The victory is very pleasant, in addition, I ended my hat-trick here from Troja, I won the last three big races here. Moreover, today it was exacerbated by the fact that this was my tenth race, I reached the finals for the tenth time, but I won the semifinals for the first time and started last in the finals. Vítek went before me and the moderators commentated wonderfully - it was quite difficult to stay focused. It didn't quite work out at the top part of the course, and I actually made it to the finish line. I'm so glad I managed to keep it, it hurt terribly downstairs. But it can be seen that the form is coming and I am most happy about it. It is an assurance that I am fast enough and where I should be. I still have a month and a half to fine-tune the form, but I think I'm on the right track and I'm really happy about that," praised the golden Jiří Prskavec. 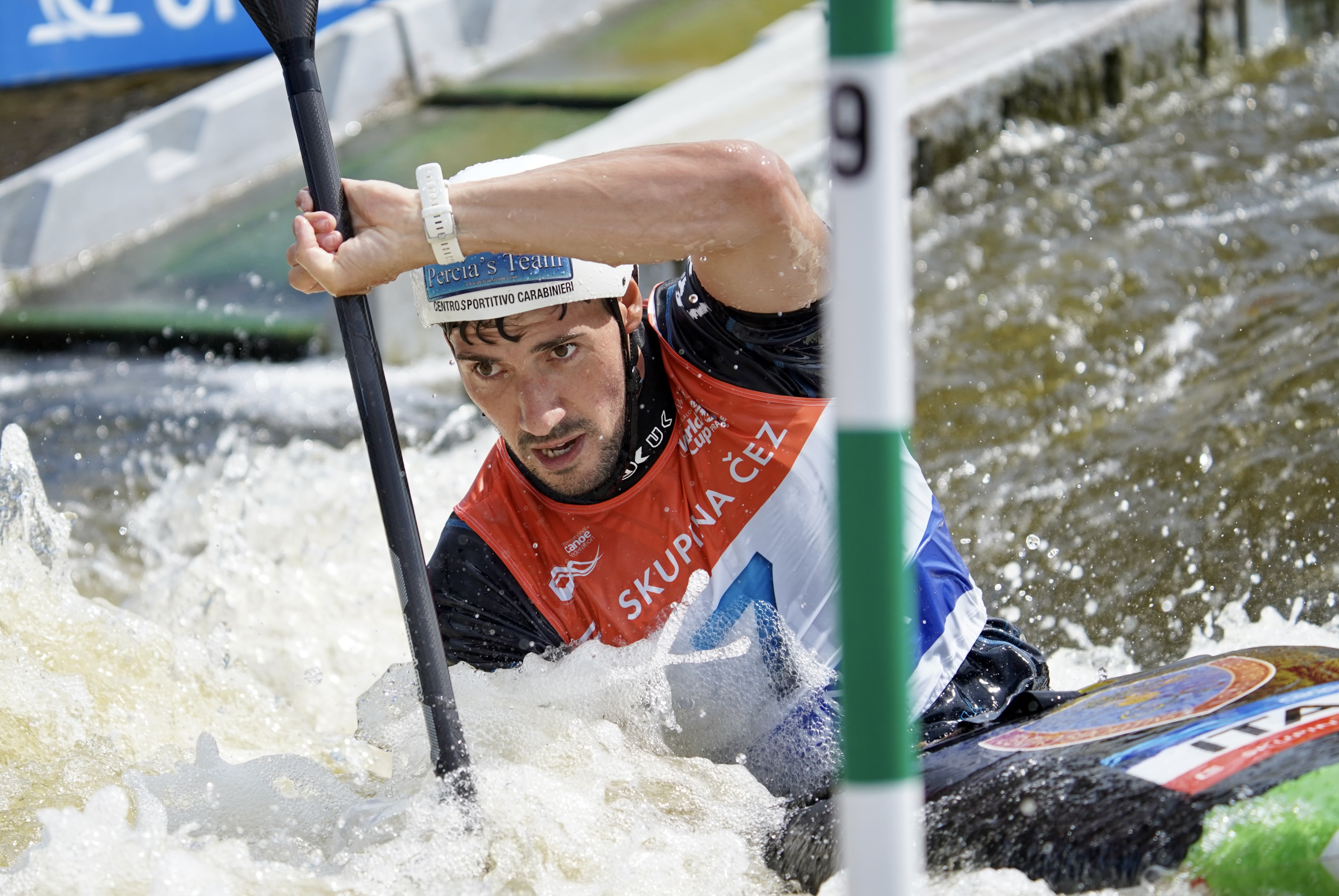 Biazizzo: “The course was really tough. Especially in the seminifinals when first time trying the course, the gates were pretty low. The final run was bit more exciting. We knew the run and the course and could go more freely. The atmosphere here was amazing, it is always. I know this is small crowd for the Czech Republic, but still you can feel guys pushing you and so nice to be here and be back on the podium. I love being here with the people, be on water, have fun with guys I love, because it is my life. It has been my life for ten years now and I just enjoy so much, it is so nice.“