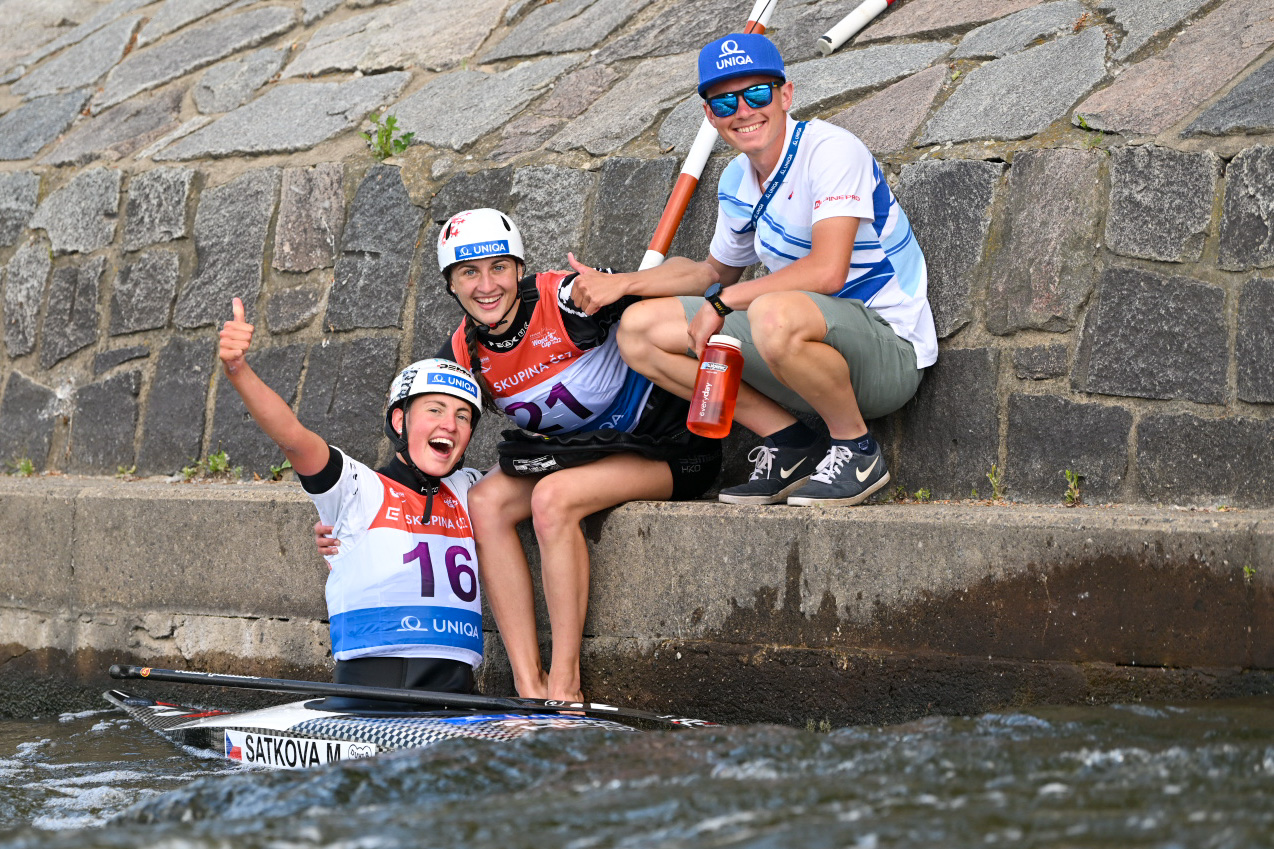 Elena Borghi from Italy started the exciting finals of C1W on a technically and physically demanding course. The German Elena Lilik showed an excellent run to gate 19, for which she was credited with two penalty seconds. Even so, she took the lead in front of the British Kimberley Woods and held the chance for a second medal in two days.

Gabriela Satková was the first Czech to start the clean run, but slight mistakes and a few delays on the course, which caused her better position, were enough for the second place at the moment. Immediately afterwards, her older sister Martina started her final run. The cylinder caught her at the gate 19, but otherwise she showed a great clean run and thanks to a better time she pushed her younger sister out of second place. Zuzana Paňková, the Slovak paddler, did not manage the upper passage of the course that much, she lost over 3 seconds in the first half. However, she managed to slightly withdraw the loss in the final phase and went to the third place.

Only Tereza Fišerová decided the distribution of medals. She managed the tight passages well and attacked the level of the leading time of Lilik.
She stayed in the cylinder at gate 16 and began to lose slightly. In the last part of the course, she reached the finish line with a lead of only one second and could celebrate the gold in 111.80 seconds. 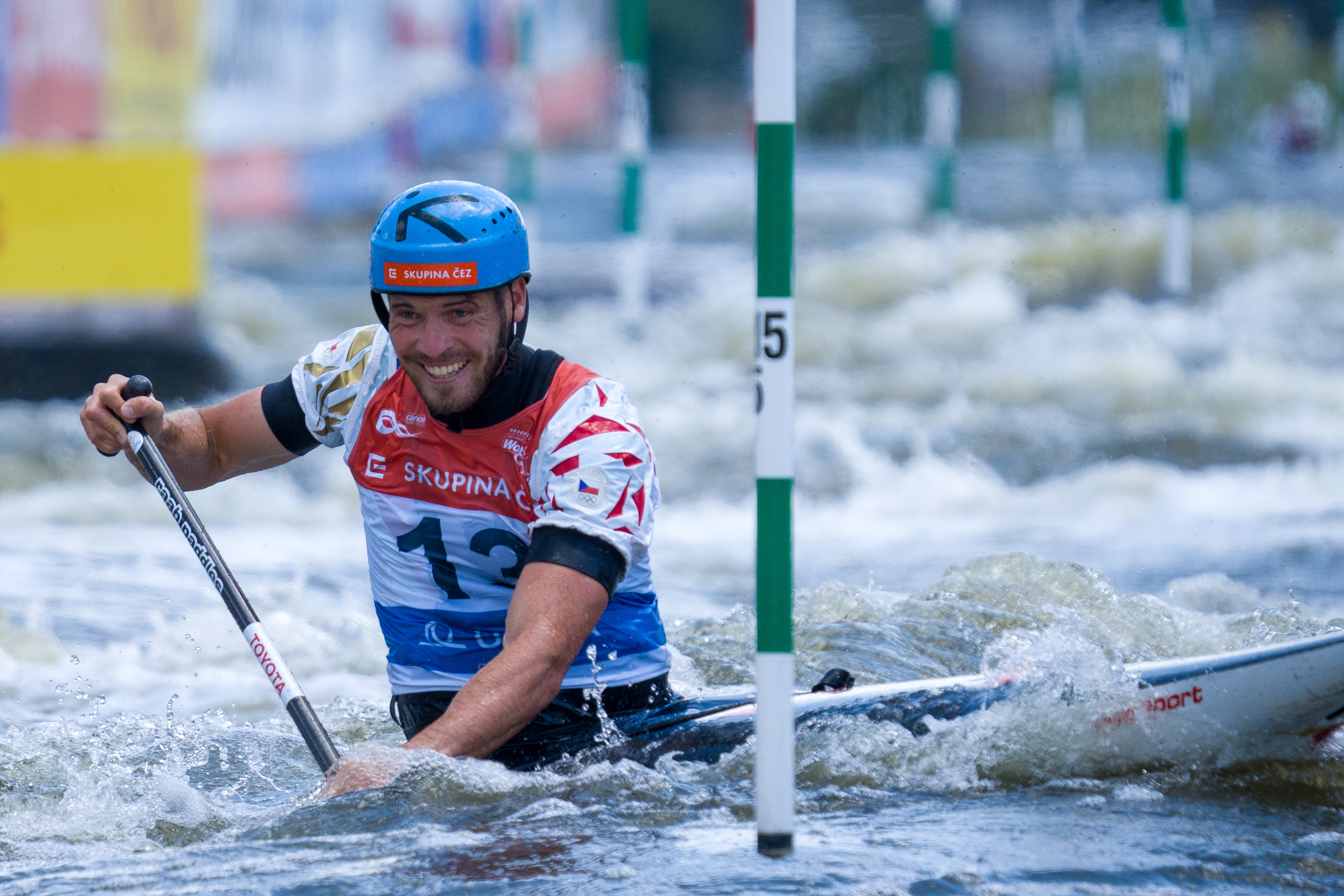 “I am feeling really great. I really do not remember what I was doing during the final run so I am looking forward to the video check. When I got into the finish, I felt over the moon. I knew I was not doing well in the semifinal so I was really taking care of the clean run and to be fast enough,” said Fišerová.

With the exception of 3 runs, there were only clean runs in the C1M finals. We had to chance to see the big medal fights but also hesitant favorites.
Slovak Matej Benuš made a huge mistake right at the beginning of the course, when he missed the gate 8, to which he had to return. In addition, he was penalized for gates 7 and 20. On the other hand, the representative of France in the final, Nicolas Gestin, on the other hand, drove excellently and, most importantly, cleanly and was the first to press the time under 100 seconds. The timekeeper stopped at 98.71s. However, whose participation was definitely expected was the Slovenian Luka Božič, who also went flawlessly and moved the lead time to 97.75s.

The Olympic silver medallist Lukáš Rohan lost about one second on the course, paddled cleanly and shortened the passages as far as possible. He got under 100 seconds and it was enough for him to take the third place. 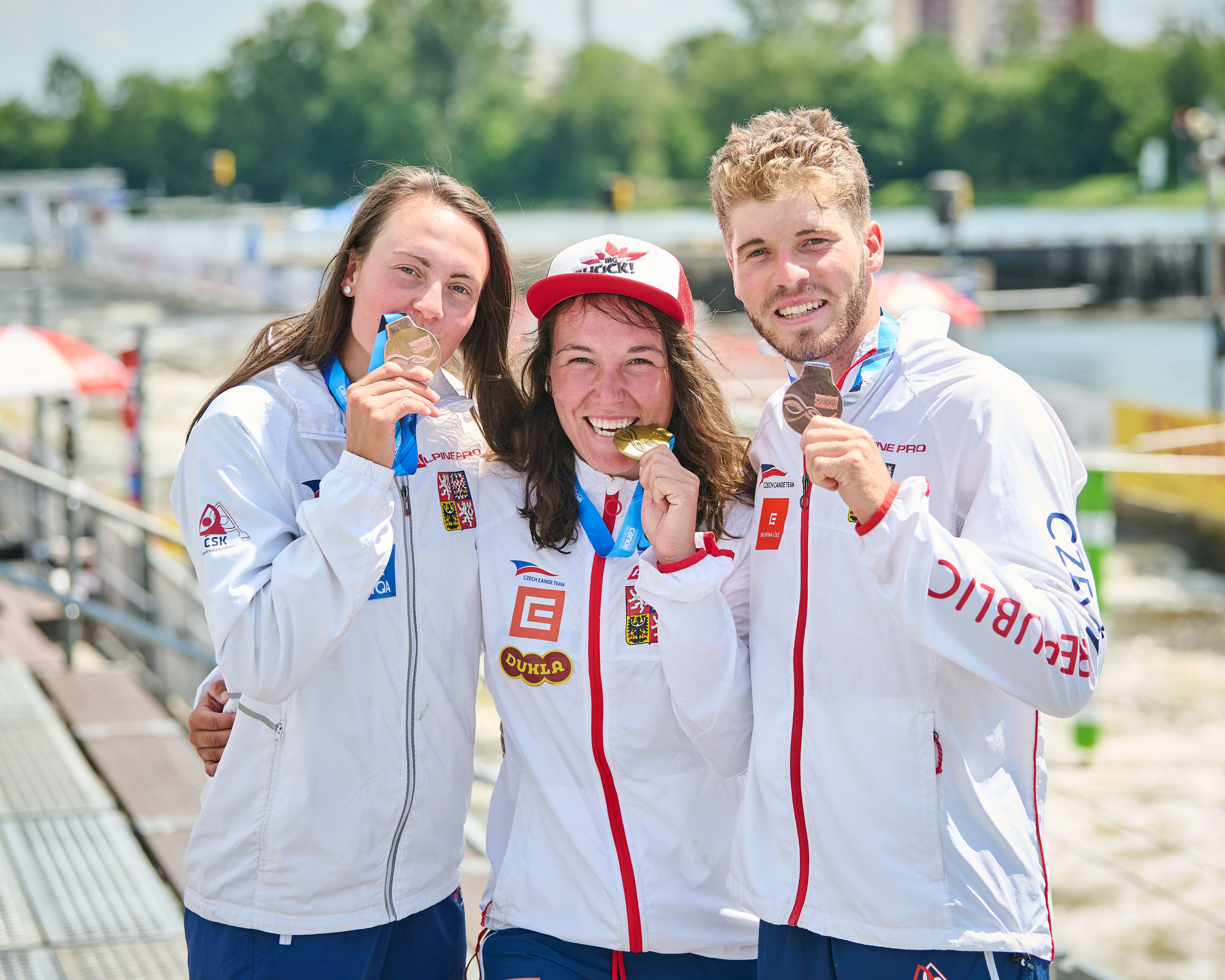 The Olympic winner, Slovenian Benjamin Savšek scored a touch on gate 11 and gradually lost time to his national teammate, which he could no longer withdraw. The time of 101.96 s was not enough for the medal placement. The last at the start was the Slovak Marko Mirgorodsky and two thirds of the track was at the level of the first place. However, he got into trouble at gate 19, where he remained hanging in the cylinder and the loss of almost six seconds. That pushed him to seventh place in the finish.

"I was quite nervous, there were a lot of good guys at the start. I think I showed a good run and I'm very happy and over the moon. It's the first World Cup in a very long time and I've ridden a race I will really remember. It's my first triumph since 2018. After a lot of problems, whether it's covid or my boat problems, I have the impression that it is like a new beginning for me. Today was really amazing for me," said gold medalist Luka Božič