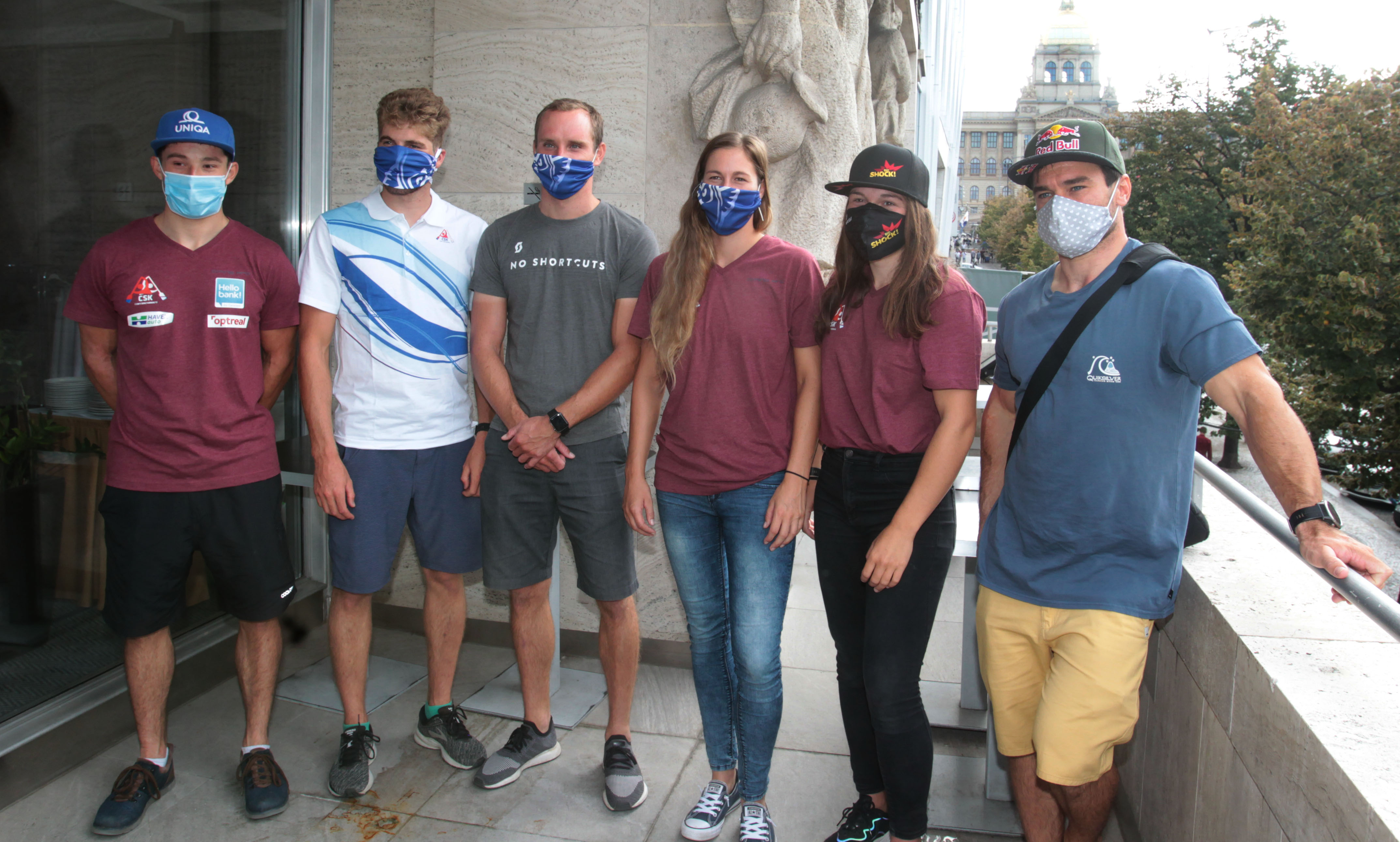 The Thursday´s (17) press conference before the start of the 2020 ECA European Canoe Slalom Championships in Prague – Troja had the six Czech team members including the two Tokyo comers Jiří Prskavec and Kateřina Kudějová. In hotel Jalta, also the chairman of the Organising committee Jiří Rohan, the team manager Stanislav Ježek and the president of the Czech Canoe Union Jan Boháč.

“This is a very hard time not only for our society but also for sports. The canie season was very atypical and there were just a couple of chances to present our sport to the public and media. Of course, we did not slow down and we worked hard towards the upcoming Olympic Games in Tokyo,” said the Czech Canoe president Jan Boháč. “I am very glad that the event will start tomorrow.” 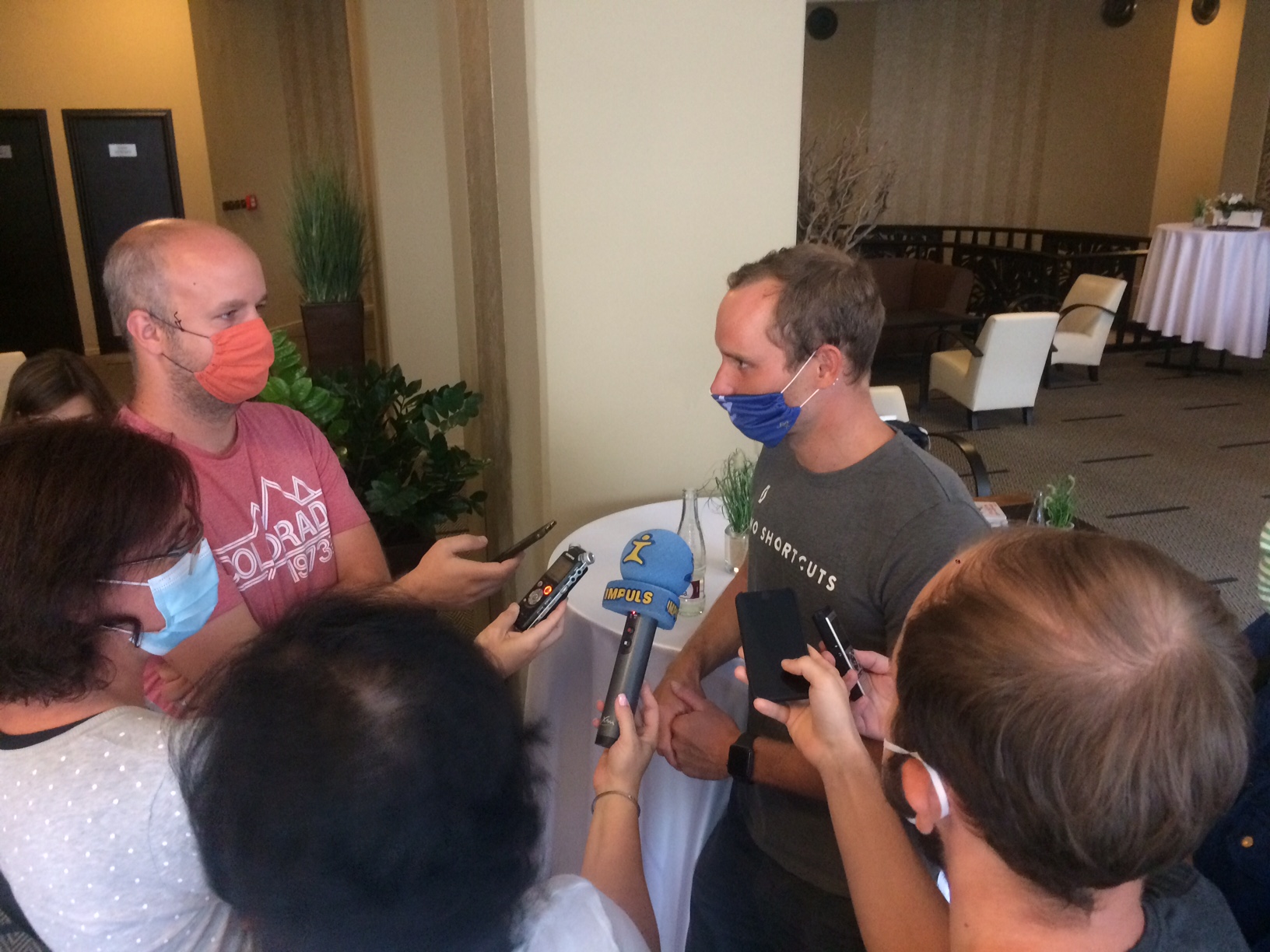 The president of the organising committee Jiří Rohan added: “Actualy, we have 19 countries with 131 boats on the start lists. Comparing to the 2018, when we hosted the European championships, we had 27 countries and 223 competitors at that time. We miss Germany, Great Britain and Slovakia, when it comes to major players, but also a few smaller federations. But still, in this hard situation in the world, we take is as a big success,” said Rohan.

He also clarified the actual sanitary restrictions during the championships: . „Unfortunately, there is no accompanying program this year but in this situation, we tried to do maximum for the championships organization. There will be the entry disinfection – the sanitation gate with the thermos camera. The face masks and disinfection will be available. I also want to inform that we are hoping to organise the 2021 ICF World Cup next June,“ added Jiří Rohan.

“When it comes to the organising of the event, it was really extreme this year,“ said the Union manager Stanislav Ježek. “I definitely think that this was one of the most difficult events we have ever organised and we needed a lot of flexibility.“

The competitors are looking forward to the event. “I want to end the season with a solid performance and I will focus on the final. I will be satisfied if I perform well. I enjoy the international competition atmosphere,” said Jiří Prskavec.

The title defender Vít Přindiš had the year full of changes. „One year ago, I could not imagine almost anything from the things that happened this year. Well, I was able to get ready before I became a father that was natural. But I did not expect the European championships to come back to Prague after two years. I thought that I had the best time of my life two years ago in Prague,” said Přindiš. 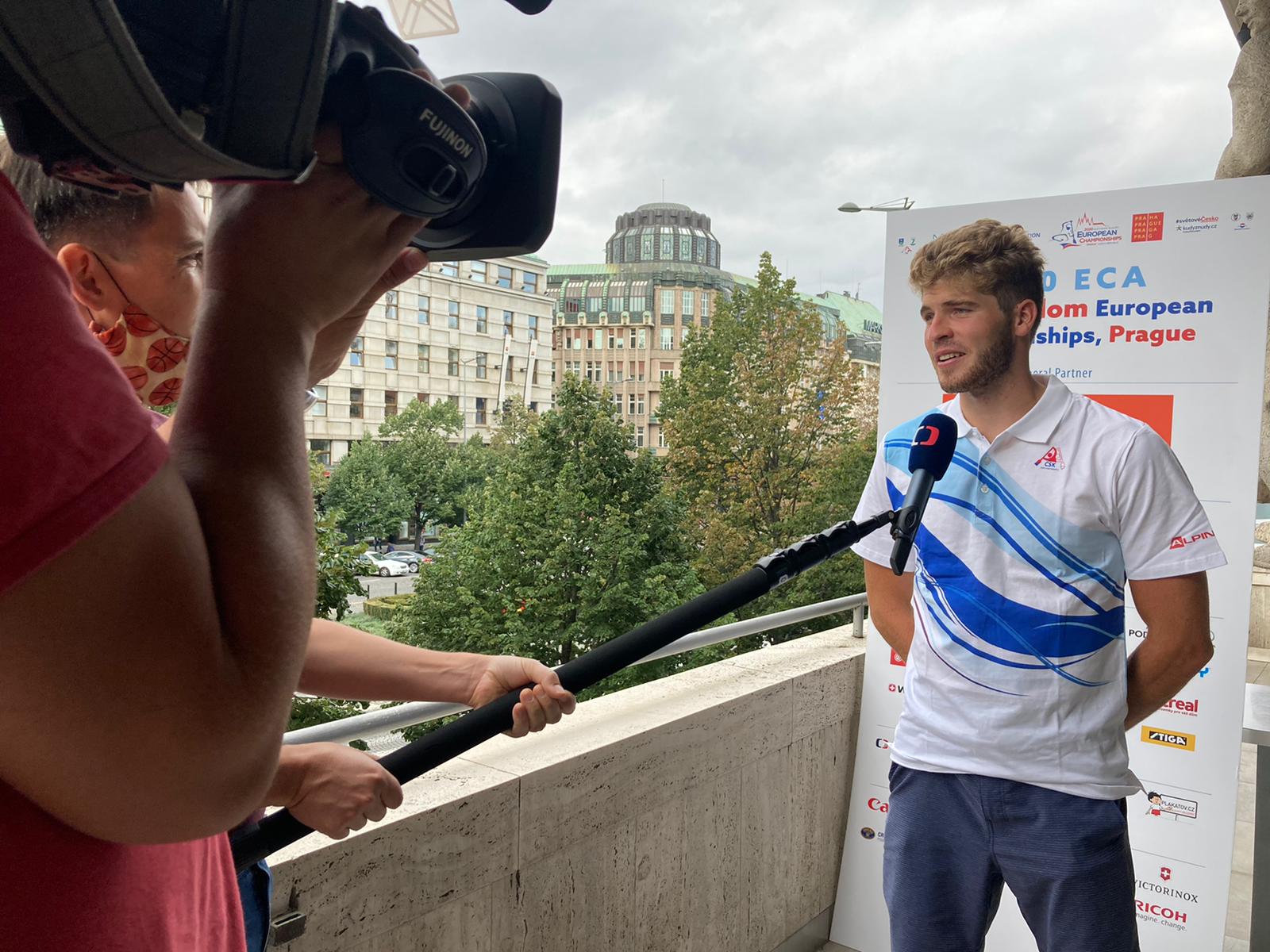 Kateřina Kudějová has already the Olympic nomination in her pocket. But she looks forward to her competition. „Despite the fact that we will have almost no fans in Troja I believe, the competition will be great and with excellent atmosphere,“ added Kudějová, who also plans wedding after the event and changes her name to Kateřina Minařík Kudějová.

Lukáš Rohan: „It was very tough to plan the training and the preparation for this year under this situation. But I was trying to help my father with the organisation too, as I am used to do it since childhood,“ stated the C1 competitor Lukáš Rohan.

Vavřinec Hradilek also manages his new role of a father well and also enjoys it. „The corona crisis was also positive in some way. We had more time to spend with our families and especially my partner with my daughter Sára appreciates it. I wish I had the chance to travel also to the World Cups but it will depend on the situation,“ said Vavra.

The canoeist Tereza Fišerová: “I am glad that this championships will also end the final Czech Olympic nomination because it takes very long and we are getting tired already. But I am sure that the organisers are trying to prepare the best conditions.”