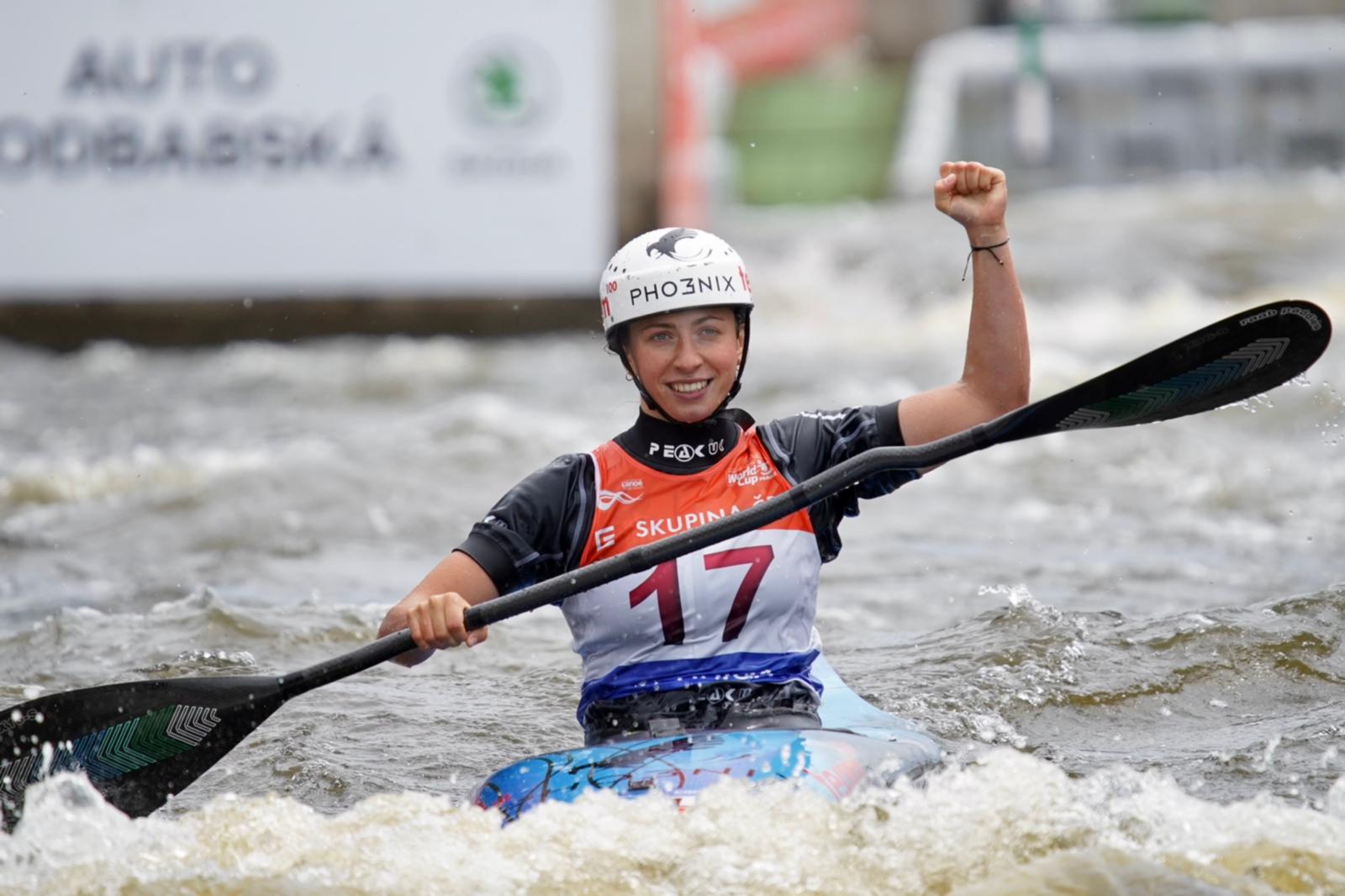 We have seen extremely strong fights in the men´s and women´s kayak finals. Natalia Pacierpnik of Poland wentthe final ride in an absolutely famous way. She managed a difficult central passage and showed a clean run, recording the best time of the day 102.49 s. Other competitors have already got one mistake after another. Maialen Chourraut from Spain recorded 4 penalty seconds, the German Ricarda Funk was not clear on the gate 3, then she also passed gate 9 incorrectly and a 50-second penalty shone next to her name. Then another mistake was added on gate 16 and the medal hopes for Germany took over halfway through the track.

The only Czech representative in the final Antonie Galušková did not show an ideal run either. She got a touch at the gate 9 and she lost seconds in the central passage between the gates 17 – 19. Then she had a touch on the gate 20.

Frenchwoman Camille Prigent, as one of the three competitors had a clean run. Due to the eighth gate, she did not fit into nine and had to return, which cost her a huge amount of time and was not enough for the best. Luuka Jones, a New Zealander, did not do badly. Although she gained two touches in the first part, one of the most experienced competitors managed to accelerate significantly, but she did not get to the top either. Elena Apel from Germany did not escape the mistake on the cursed goal 9.

The British Kimberley Woods lost in the first gates, but managed to pass the middle passage very quickly. However, she did not avoid touching on gate 17 and finished just below the podium. The fastest time was finally shown by the Australian Jessica Fox. However, the favorite of the competition went wrong at the gates 7 and 9, and at times it seemed that it was more a rodeo than canoe slalom, and the time lost increased. However, as a real champion, she pushed it in the bottom part and finally made it to the top three.

Still surprisingly, the Polish leader Pacierpnik could be deposed from the highest stage only by the last competitor, her compatriot Klaudia Zwolenská. At first, she lost in the upper part, the clean run and especially the massive paddling in the lower part of the track, however, lifted her to the top in a time of 100.58s.

„I can´t believe it. I had a lot of senior finals, but it never was enough for a medal. I was always very sad, especially here in Prague, because I love this course. I never had a medal and now I have gold, with Natalia. It´s perfect. Final course was much tougher. First part of the course was not pretty good. I knew and I heard I am down, so I pushed to be faster. It was hard for my mind and then for my arms. But I did this and I am really happy,“ the winner said.

Natalia added: “I am so happy, I didn´t expect that. I did my best and it is amazing. The course wasn´t easy, it was hard in few parts. But I really like paddling here. So many times I am paddling here and this time I did it.”

Bronze medallist Jessica Fox of Australia said: “ It was nerve wracking but very exciting to get a medal today. It is great; it was very hard course, hard paddling, hard conditions, low gates and wind. So yeah, I am really happy for that.”