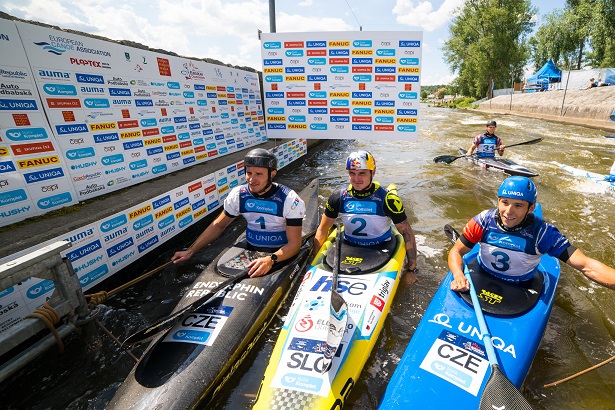 There was absolutely the loudest atmosphere at 2018 European Senior Canoe Slalom Championships in Prague in K1M final. Fans were cheering and pushing forward every kayak on the water, not just Czech competitors. 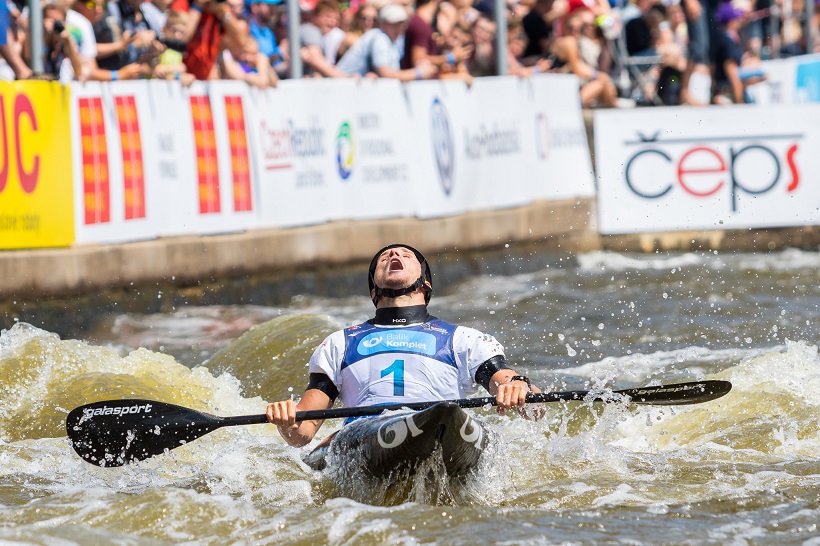 At the end it was double euphoria for Czechs, even if not the golden one. European Champion in K1M is Peter Kauzer from Slovenia, legend among the competitors. „I am so happy, because I have been competing for 17 years, since 2001, and this is the second time I stand on podium. It´s always very hard to win on the course in Prague. So much harder than in Tacen. I have never won in Prague until now, to beat Czechs is always challenging, but I did it at last!“ said Peter Kauzer.

Silver medal went to domestic Vít Přindiš who has faced back pain this week. „Event though it was good race, it is pity it wasn´t enough,“ said the Czech kayaker who had no penalties and lost just 0,51 seconds behind Kauzer. Bronze medal went to other Czech representant Jiří Prskavec, who went for gold with excellent time.

But 2 seconds of penalties moved him to third position at the end. „I managed ride I wanted, but unfortunately there was one soft touch. It happened to me in last ten races. I thought I was clean when I went to finish, but I wasn´t. However I have bronze medal home in Prague, it 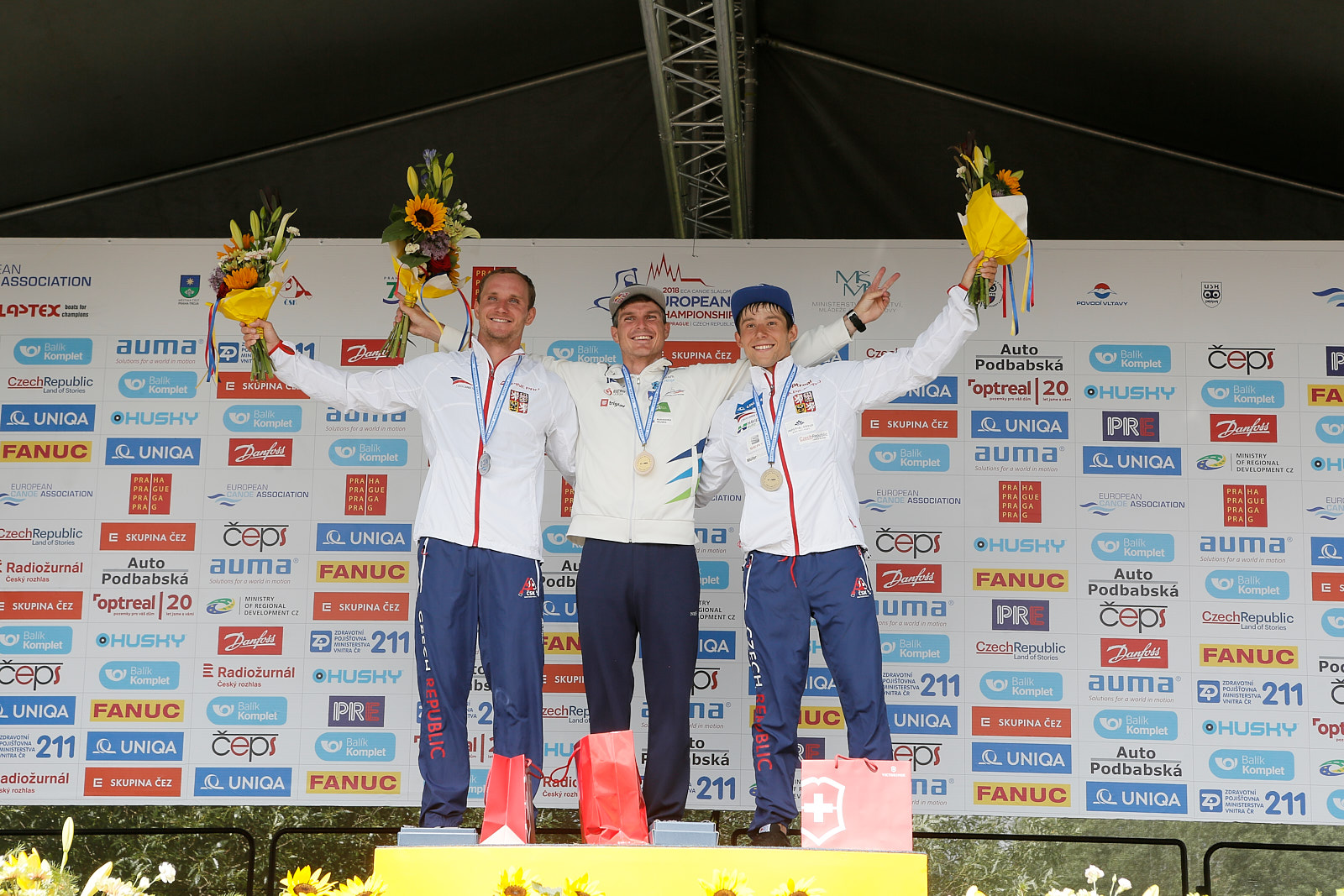 is still great,“ said Jiří Prskavec. If he did not make this one mistake, his time would be undoubtedly the fastest.