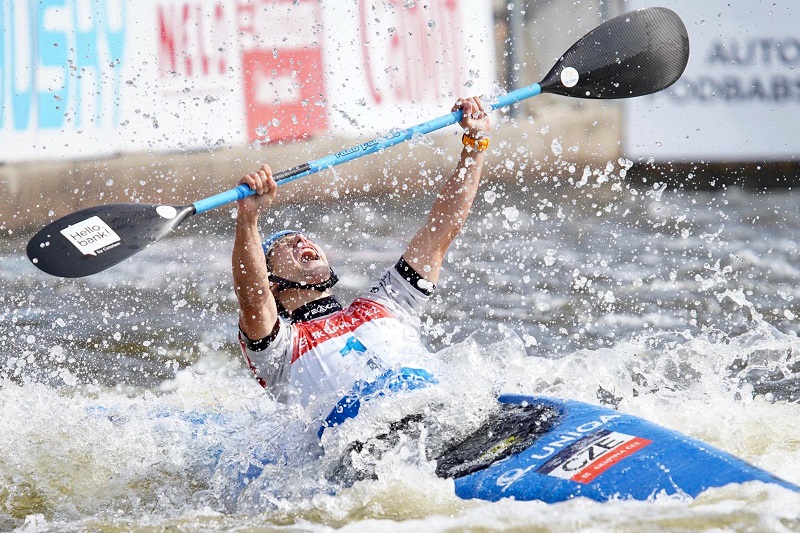 The men´s kayak final in Prague – Troja had a unique atmosphere on Saturday afternoon (19/09). There was no need of the exciting moments and top sport performances. The final runs were very fast. The main favourites were the home trio of kayakers – the ttile defender Vít Přindiš, world champion Jiří Prskavec and Olympic medallist from London Vavřinec Hradilek.

First on the start was Vavřinec Hradilek who managed a clear run and the time 99.52s set a new leading time. His leading position was taken by Polish competitor Mateusz Polaczyk achieving 99.06s.

The defending champion Vít Přindiš was satisfied with his performance in the finish, until he saw the two penalisation seconds afterwards. That set him from the leading position to the final 6th place. “It must have been really a micro touch on the gate number ten because I did not recognize it. I felt very disappointed in the finish but that it the sport,” said Přindiš. 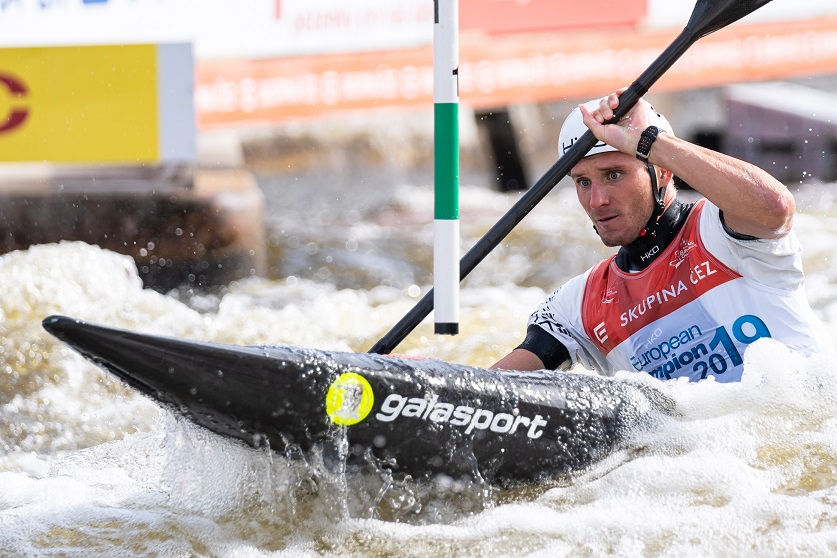 When the Slovenian Peter Kauzer started, it was clear from the beginning that he knows the Prague course well. The final time of 98.49s brought us the new leader of the competition.

But nothing is closed until Jiří Prskavec is still on the start. Supported by his family members and lots of friends, he tried to push the speed and went very close around the gates. His time 97.97 was showing he is coming for the next medal again. For Jiří Prskavec it is the fourth European title and he confirmed the leading position among the European and world kayakers. “You can win many many times but the feelings – I will never tire of that. I am glad that I managed to show the best of me in such strange and short season and especially on the home course. I was not too nervous and the fans here pushed me and helped me to the finish,” said the happy winner.

Silver Peter Kauzer (98.49 s) also smiled in the finish: “I felt okay all day long but in the final I had a bad run till gate 4 and 5 and then I came together and performed well, I fought, it was physically very hard. Anyway, it was fun to race. Before the start, Jiří were talking to me and he said “don’t do it for the second time in Prague”, so he is first and I am second but I am happy,” added Kauzer. 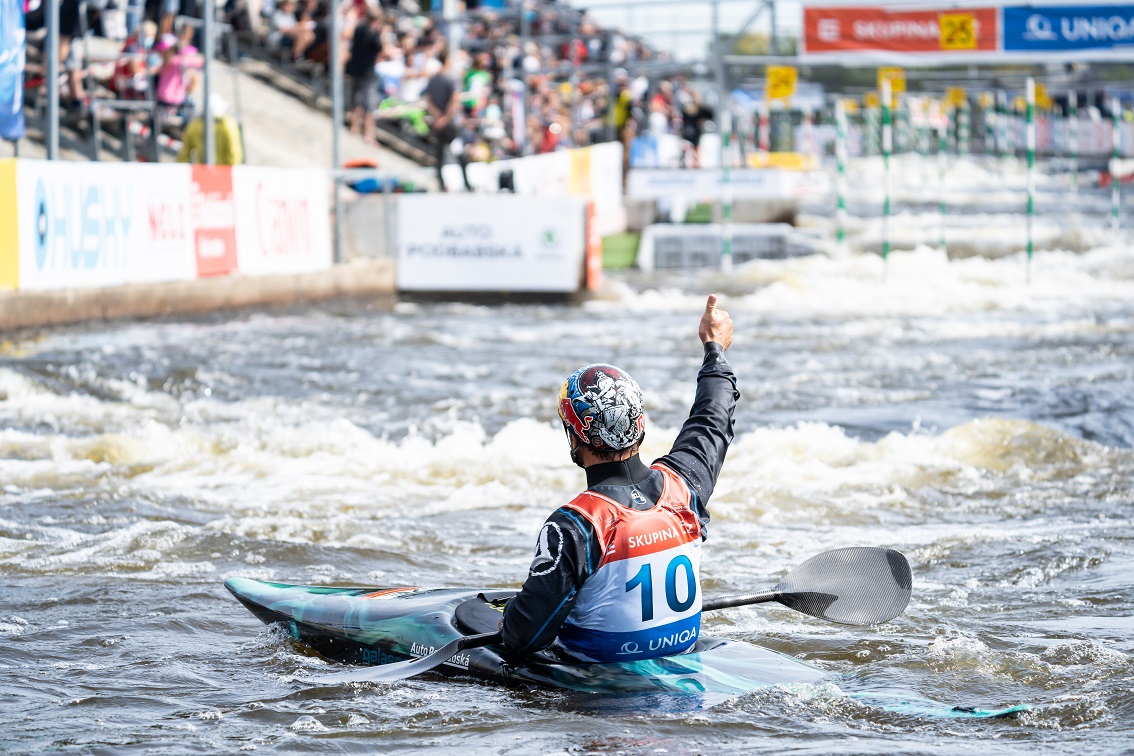 Bronze for Polish Mateusz Polaczyk (99.06 s): “I had to wait in the finish because Quentin Burgi was firstly on the third place, but then he got penalty points, so finally I ended third. I am really happy I did it again here in Prague, I really enjoy the course and I think that the course also likes me. It was pretty good, I had just small problem in the gate 3 and 4, but then from the gate 10 it was nice. You can always be faster, but generally, it was fine today. I think the best time around 95 s, 96 s, if you have really good water and push it hard. My goal was to do my best. I had super motivation to race after the long break because of pandemic, so I just wanted to enjoy the race and I did it,” said Polaczyk.